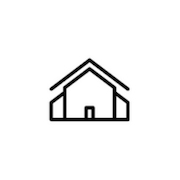 Radon mitigation is the process of reducing the gas’s concentration in your home. Our team at Atlantic Radon could perform the procedure through ventilation. Depending on your preference, we could do it by installing a gas-permeable layer. This layer prevents radon from getting inside your home and lets it move freely in the soil. Another option is to increase the air changes per hour in your property.

Atlantic Radon prides itself with a team of certified radon technicians. We have received our certification through the National Radon Proficiency Program. You can rest assured that you will only receive the best service from us. To add to your peace of mind, we provide a performance warranty for every radon mitigation system we install. Not all contractors are ready to provide the same warranty.

Did you know that radon gas causes lung cancer?

Below is an interactive map provided by Maryland Department of Health which shows reported radon measurements higher than the EPA recommended maximum of 4 pCi/L.

View Radon Levels in Your Area

Get a custom radon mitigation estimate by one of our professional certified experts.

We have the experience necessary to overcome any radon gas problem. We stand head and shoulders above the rest in quality and customer satisfaction. Our National Radon Proficiency Program certified radon technicians are the best at what they do. We truly care about our customer’s health and the value of their homes and buildings.

We train every radon system installer so that you can be certain that the technician has the experience necessary to design the best radon mitigation system. Our system designs are backed by our performance warranty or phased scope of work. We strive to provide the very best radon mitigation service possible.

With years of experience under our belt, we can recommend the best radon mitigation systems that suit your needs —and budget.

In addition, you won’t have to worry about maintaining your system. Our systems are very easy to maintain and could last for many years. We will provide you with all the necessary information to make sure your system works perfectly.

Tommy and his staff did an excellent job to mitigate the radon. They are responsive and professional. Great communication. Highly recommended.

Atlantic Radon technician, Daniel, installed a full radon abatement system in our home, replacing a very old system. He evaluated our home and customized the installation to fit our significant structural limitations. Daniel was timely, neat and careful in performing all of the work. We appreciate his professionalism and highly recommend Atlantic Radon.

I contacted Atlantic Radon and they were able to see me within a few days. The total bill matched the estimate, which was within range of typical Radon abatement services. Installation took place within 2 weeks of my estimate and was completed in less than 8 hours. Everything was explained and the Radon abatement system was installed to minimize visibility from the road. Radon levels dropped to almost nothing in my home. Highly recommend Atlantic Radon for prompt, professional and effective Radon abatement.

I can't say enough about how great it was to work with Atlantic Radon. They were able to come out the same day I contacted them for an estimate, which was in line with the others I received. However, it was their service which sold me on them. They were friendly, prompt, and very understanding of our chaotic household, since we're in the middle of a move. They even offered to speak to our buyers if they had any questions after the fact. Can't recommend them enough for radon mitigation.

Atlantic's Tech, Daniel, was extremely thorough and professional. He wore shoe covers and double-masked when he came in, which I appreciated. Also, the original goal was to replace an old radon fan in my basement that was attached to a pipe coming out of my sump pump. He advised me that it made more sense to install the new fan in the attic in order to create negative pressure which was better in case of any issues in the piping. That made a lot of sense to me. He also left a nice pressure indicator on the pipe down in my basement so that I could see that the fan was working. Finally, he explained everything to me before he left. Terrific service. Incidentally, my experience setting an appointment was terrific too. The owner of the business patiently explained what to expect, and was very friendly/non-pushy. I would hire this company again in a heartbeat.

Personnel from Atlantic Radon installed a Radon Mitigation Unit after initial testing by another company revealed our home was well above the EPA's standards for Radon emissions. To that end, Atlantic Radon’s owner/manager and co-workers are very professional as they explained all work requirements, time-frame for completion, placement of the system, performance of the system, guarantees, clean-up and subsequent radon testing process. Atlantic Radon personnel are by far customer-centric and “aim to please”! Very highly recommended!!

I needed to have a radon mitigation system installed in my home. Tommy was very patient and answered all of my questions. Very professional and knowledgeable! They did a great job with the installation. I would highly recommend Atlantic Radon!

Tommy and his team came highly recommended, and they did not disappoint. My new house had a radon level above the 4.0 max requirement, so Tommy came out to install the passive pipe fan. Unfortunately, the pipe was disconnected somewhere within the walls between the basement and attic, but long story short, Tommy worked his magic. End result, 0.2 radon level. In addition to the professionalism and amazing work quality, Tommy is very good in terms of communication, and will guide you through each step of the process. I would highly recommend Atlantic Radon and Tommy's team.

Excellent customer service with competitive prices. I would highly recommend them. We used them to replace a 26 year old fan on its last legs. They replaced it twice because the first fan was a little loud for our taste.

Tommy and team at Atlantic Radon were excellent. My interior row townhome was a challenge, and they went above and beyond to walk me through multiple options before we decided on a creative solution. I couldn’t be happier with the result and highly recommend them for your radon needs.

Atlantic Radon and their team’s work and integrity are beyond reproach. We selected Atlantic Radon for the peace of mind it would provide to work with a company that cares about their clients, are exceptional at what they do, and are consistent in their level of service. We had some questions along the way and Tommy and his team responded without delay and ensured we were able to share everything that was on our mind. This is really the only call you need to make if looking for a Radon Mitigation service.

Tommy was great to work with and I was really happy with the quality of his work for our fan install. The results were great too! We were averaging radon readings 4+ before the fan install and after we are averaging around 0.5. Highly recommend him and his business.

Besides the radon pump and plumbing, Tommy did a great job installing a plastic membrane over our dirt crawlspace. The system lowered typical radon counts from 11 to 1, below 4 is considered healthy. The plastic membrane knocked down the humidity in the basement which helps an area prone to mold. He was on time, respectful and priced competitively.

I had two houses that failed the radon test (above 4.0). Atlantic Radon responded quickly to both residences, did their own computer measurement, and installed their radon mitigation, all at a very reasonable price. The results were excellent, with one house getting a 0.7 average and the other a 0.9. I recommend them highly.

Tommy and Atlantic radon mitigated my radon issue quickly and professionally. He explained every process prior to performing the work. It all looks great and the vacuum is quiet and unobtrusive. Highly recommend!

Tommy did a great job installing the system and explaining everything to me. He was able to get the radon levels down to a comfortable level for me. I would definitely recommend his services!

We had a difficult, double foundation challenge and readings above 6. Paul designed a creative and cost-effective solution and got our readings to below 1. The team was professional, creative, open to suggestions and truly cared about their work and results. If you have a radon issue, look no further than Atlantic Radon.

Tommy and the team at Atlantic did a great job installing my radon mitigation system. I didn’t know anything about radon going into this and was a little unsettled to learn my levels were high. Tommy responded to my request within minutes and walked me through everything on the phone. When he came out to do the estimate, he was very professional and knowledgeable which is why I chose them to do the work. On the day of install, they showed up right on time, did the work, and the results came back as low as radon levels can get. I highly recommend Tommy and the team at Atlantic for your radon mitigation needs.