Is there a cure for radon poisoning? Or is mitigating radon the only prevention? 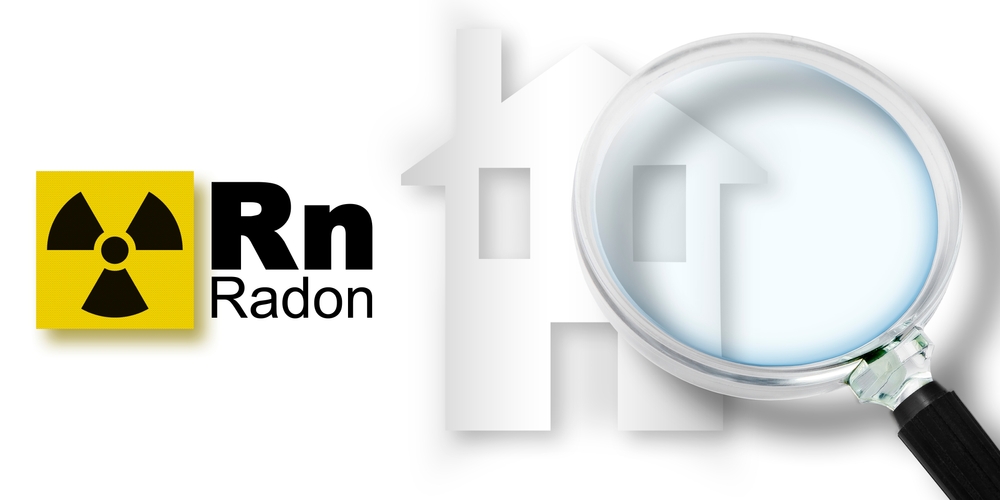 Radon poisoning is a result of being exposed to high concentrations of radon gas over a long period of time. This period varies over a multitude of factors, but the general time period is between 5 to 25 years.

The problem with this form of poisoning is that there are no symptoms leading up to it. You may not even realize you have a health issue until it is too late. As humans, it is also impossible for us to detect radon gas in the atmosphere. It is odorless, colorless, and tasteless, so the only method of detection is by conducting a radon test.

So what do you do if you find out that you have been poisoned by radon? Is there a possibility of being cured or is it too late already? If you suspect that your home has high levels of radon, is mitigating radon the only form of prevention? We’re exploring these in the article below.

What is radon and how do you get exposed to it?

Radon is a naturally forming radioactive gas. It is produced when radioactive metals in the ground such as thorium or radium break down in the surrounding rocks and water. The gas is then released and can accumulate inside buildings when it rises out of the ground.

Unless you take radon mitigation measures, the gas will continue to accumulate in areas around your property. It can spread throughout the building using the HVAC or ventilation systems installed. The gas is usually found in the lower levels of the house as radon is 7.5 times denser than air.

Radon is all around us, even outdoors. However, it is not as dangerous outside because it cannot accumulate. Instead, you are exposed to dangerous levels of radon when you constantly frequent buildings. This could be your home, your workplace, school, and so on. It is estimated that 1 in 15 homes in the US has high levels of radon gas. In schools, it is estimated that over 70,000 in the US are exposed to high concentrations of the gas.

Is there a cure for radon poisoning?

Many people aren’t aware about the risks of radon gas. As such, there are likely many households with high radon concentration and no one’s the wiser for it. As you continue to inhale the gas, you are also breathing in radioactive particles that settle on the wall of your lungs. Studies have found that radon decay (which emits radiation) does damage to the cells around the area for about 3 to 4 hours.

In small doses, this is not a big problem and the cells just get replaced. But, when you’re continually exposed to it, the damage will continue to compound. This results in the increased risk of developing lung cancer.

The moment you realize that something is wrong is when you get the early symptoms of lung cancer. These include:

Based on reports by the American Cancer Society, radon is the second leading form of lung cancer in the US. Smoking is the number 1 reason for lung cancer development. If those who develop radon-related lung cancer also smoke, their chances of recovery are much slimmer.

Just like with most forms of cancer, there is no definite cure. However, based on this study done on miners in the 1980’s, the following was determined.

“The relative effect from exposures in the distant past decreases by 62% per decade. Simultaneously, the excess relative risk is lower by 43% per decade in dependence on age at exposure.”

While this study is not conclusive, it does show that the risk of lung cancer reduces over time.

What do you do if you get symptoms?

At this point, we have no available tests that can determine how much radon you have been exposed to. Therefore, it is imperative that you are aware of the early symptoms of lung cancer before it’s too late.

Like with most cancers, there is a chance of treating it if it is caught early. If you do get any lung cancer symptoms, you should immediately contact a specialist doctor and also get your home tested for radon. There’s nothing more you can do except reduce the concentrations of radon in your home and hope to get treated as quickly as possible.

Mitigating radon is the only prevention

With there being no definite cure for lung cancer, the best course of action would be mitigating radon at home. If you haven’t done so already, get your home tested now by a professional radon mitigation company. Atlantic Radon is a reputed and professional radon mitigation service. They have the experience and technical skills necessary to safeguard your home from radon.

Don’t leave your health up to chance. As they say, prevention is better than cure.

We had a difficult, double foundation challenge and readings above 6.
Paul designed a creative and cost-effective solution and got our readings to below 1. The team was professional, creative, open to suggestions and truly cared about their work and results. If you have a radon issue, look no further than Atlantic Radon.

I had two houses that failed the radon test (above 4.0). Atlantic Radon responded quickly to both residences, did their own computer measurement, and installed their radon mitigation, all at a very reasonable price. The results were excellent, with one house getting a 0.7 average and the other a 0.9. I recommend them highly.

Tommy runs a very professional business. He was easy to work with and did an excellent job. I highly recommend him for radon mitigation.

I can't say enough about how great it was to work with Atlantic Radon. They were able to come out the same day I contacted them for an estimate, which was in line with the others I received. However, it was their service which sold me on them. They were friendly, prompt, and very understanding of our chaotic household, since we're in the middle of a move. They even offered to speak to our buyers if they had any questions after the fact. Can't recommend them enough for radon mitigation.